I saw the paper and figured I would see if I could get it up and running.

First I downloaded the software from source forge.

Then I uncompressed it and tried to run it.  When I opened the index.html file in Chrom I got a message saying it only worked in Firefox.  So then I opened it in Firefox and I got an error saying it only worked in newer versions of Firefox.  So I downloaded the latest version of Firefox and then finally the tool opened.  I then followed the simple tutorial they have provided and Voila I was up and running in a few minutes 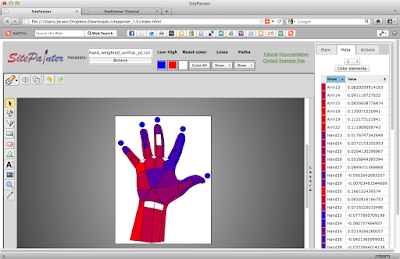 Completely cool.  Going to definitely have to try this out with our own site-variable microbial data.
at December 15, 2011