I was reminded today about the wonderful history of Nature in it's claim that it would make all papers reporting a new genome sequence freely and openly available. I wrote about how this was, well, not the truth, in 2012: The Tree of Life: Hey Nature Publishing Group - When are you going to live up to your promises about "free" genome papers? #opengate #aaaaaarrgh. And today I decided to recheck this.

So I searched for "Genome sequence" on the Nature site

And, well, I found a doozy of an example of a paper that is supposed to be openly available but is not. Initial sequencing and analysis of the human genome 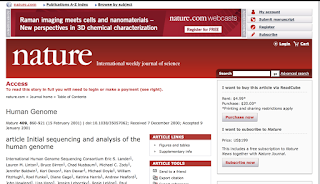 That's right.  The "public" human genome paper is not freely or openly available.  It is $4.99 to rent or $20 to purchase.  Is this Nature's way of saying "We think the Lander et al. paper did not actually report on a genome?" and that the Venter paper truly won the race?  I don't think so.  I think this is a way of Nature saying "How can we make money off of our past papers? Which one gets a lot of looks? What? It is freely available? Change that." or something like that.

Here is a simple solution for everyone out there.  Do not trust Nature Publishing Group to make something available even if they say they will.

But wait - there is more.  The Plasmodium genome paper, which I wrote about in 2012 not being available and which Nature promised to fix is again behind a pay wall 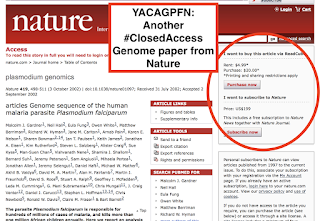 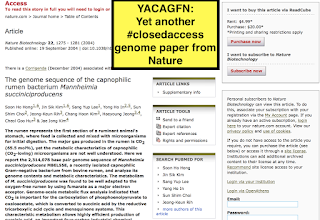 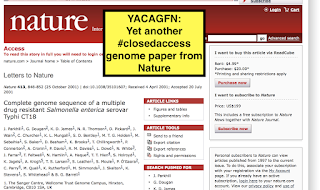 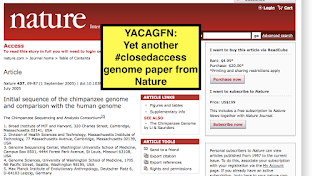 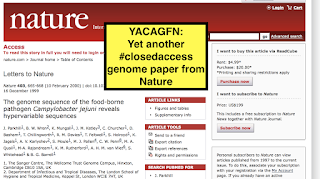 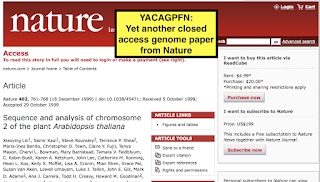 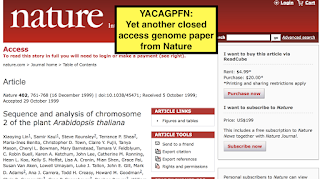 Note - writing this with some help from my daughter.

My family and I went on a trip to Belize in early August 2017 and I am posting some notes and pictures from the trip here.

We chose Belize for a few semi - random reasons.  First, we had wanted to go to Europe but we really only could travel just the week before school started for my kids and we felt like Europe was (1) too far (2) would involve too much jet lag and (3) would involve too many Real Madrid fans.  So we started looking around closer to home.  We wanted to go out of the country (out of the USA - not just out of California, though it really is it's own country).  So - well - we looked at Mexico.  And Central America.  And we settled on Belize.

We decided to spend the whole week of our trip at one place and, since we have been going to Hawaii a bit recently, we decided we did not want to spend our time in a beach-like setting, so we looked for places in the inland rainforesty areas.  My wife spent quite a lot of time searching for possible places and she came up with some candidates and after discussions on the pluses and minuses of all the places and after also asking Twitter and friends and such we settled on Chaa Creek.  An ecolodge of sorts with a slight upscale angle.

More on the place and such later.

Right now I really want to start to get some pictures posted.  So here are some from our travel day.

SMF to Dallas to Belize.

I did not take too many (well, more than one) pictures on the actual trip.  But suffice it to say we flew on a plane.


The ride to Chaa Creek was about two hours long.  I took some pics along the way.  Here are some of them.  Oh - and our driver, Edward, was an FC Barcelona fan.  Yay.