This is long long overdue.  I have been wanting to write this post for a while now and just have not gotten to it.

It has become abundantly clear that Facebook has serious issues in regard to privacy (e.g., see this), fake news, support for extremism, and lack of any moral compass.  It is for these and other reasons that many individuals have quit using Facebook.  In recent months one particular incredibly bad aspect of Facebook that has come more into the light is its unwillingness to limit things like hate speech, fake and dangerous, conspiracy theories, and the encouragement of violence on its platform.  The egregious behavior of Facebook has led to a growing number of institutions to at least temporarily limit their connections and financial support (e.g., through Ads) of Facebook.  For example see: Patagonia joins growing list of companies boycotting Facebook ads which discusses how many companies are stopping advertising on Facebook due to " “Facebook’s long history of allowing racist, violent and verifiably false content to run rampant on its platform.”

Given it's direct and indirect support for hate speech and hate groups, and given that many people justifiably refuse to make use of Facebook pages, and groups, it is clear that any organization that carries out functions through Facebook is both supporting Facebook's policies and excluding people who justifiably do not want to make use of Facebook.  Therefore, I believe it is necessary for all academic institutions and organisms to cease and desist using Facebook for any official functions.  Thus any university or academic entity (e.g, journals, societies, etc) that uses Facebook in any way for official communications and activities should stop doing so and find alternative ways to engage their communities and communicate.

I have therefore deleted the Facebook Groups I maintained for my lab, my blog, microBEnet, and the UC Davis Microbiome Special Research Program.  And I implore al

l academic institutions and organizations and individuals to stop using Facebook for any official activities.

(As an aside, this is not a call to stop using Facebook for personal activities, though it seems like that would be the right thing to do too.  I am planning to reduce to eliminate my personal use of Facebook too)

Introducing "Hammerhead Man" - the superhero you did not know you needed.

So I was digging through some old school papers because my daughter asked me what books they had use write reports on in high school and, well, I have a lot of my English papers from high school in a box in a closet.
And in digging through this box I found a short story I wrote for a creative writing class from freshman year in college, which was taught by Catherine Tudish.
Now, mind you, I was not in a good place when I wrote this as I was reading from the death by suicide of my father.  And, possibly related to that I truly have almost no memory of writing this, other than the concept of the assignment. But I read it to my kids. And, well, I actually like it.  It has a lot of issues.  But I think it should be expanded on. I may just revisit this.
So - here is the official first release of "Hammerhead Man".  With corrections and comments from Catherine Tudish. 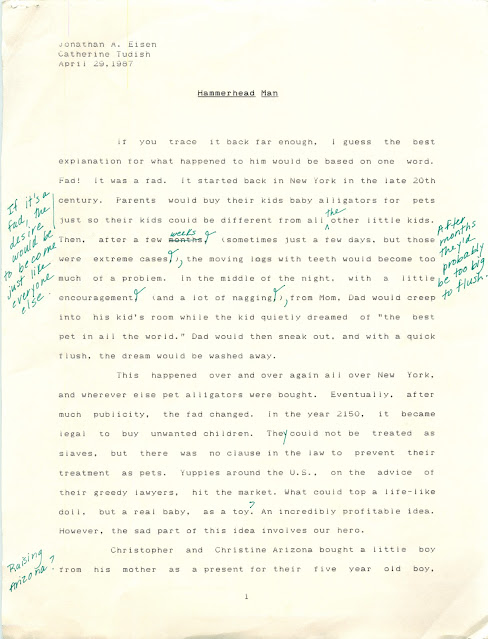 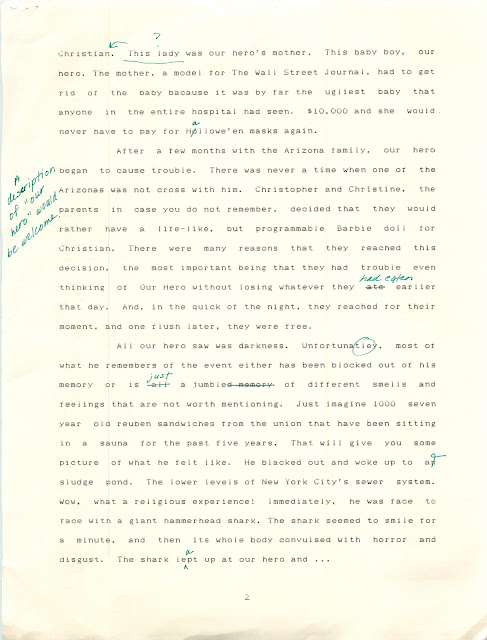 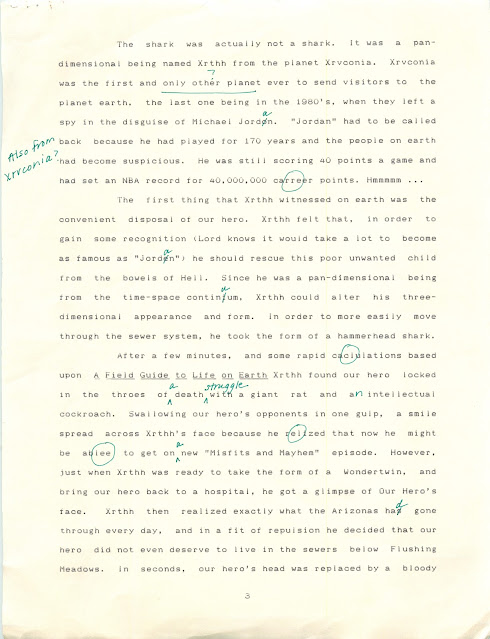 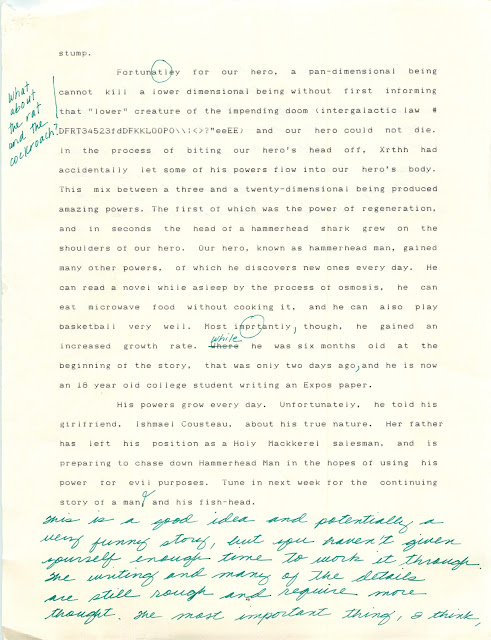 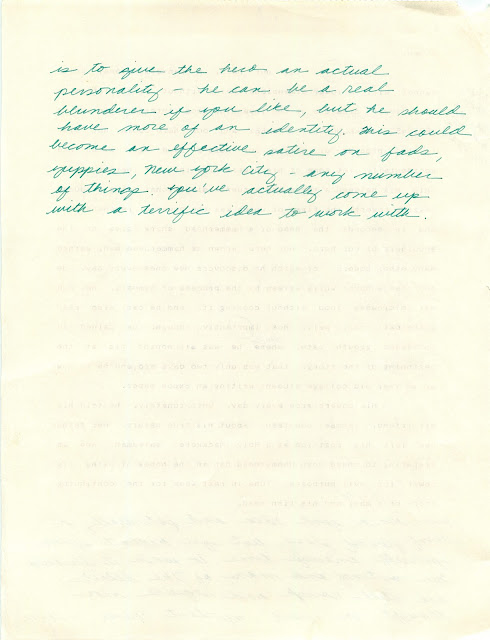 So - many people have asked what gear I use for my photography (mostly of birds). Here is a quick summary. See some of my pictures here: https://jonathaneisen.smugmug.com

Based on review of Mark Smith.