Just got done reading: Restoring helpful bacteria of the gut and intestines may treat patients with RCDI, find scientists.  A lot in the story is interesting.  And it discusses work by friends / colleagues of mine.  But I just don't feel like writing about the work because the end of the article rubs me the wrong way.  Here is the whole paragraph that bothers me:

"This study helps underscore the importance of the microbiome in maintaining health and demonstrates that good bacteria play an integral role in immune defenses against disease," says E. Albert Reece, M.D., Ph.D., M.B.A., Vice President for Medical Affairs at the University of Maryland and the John Z. and Akiko K. Bowers Distinguished Professor and Dean of the University of Maryland School of Medicine. "These findings also provide a potential therapeutic model for other diseases that have been linked to changes in the human intestinal microbiota, such as obesity and diabetes."

What is wrong with this?  Well, #1 - the 1st sentence implies a bit too much to me that this study is novel in demonstrating that "good" bacteria play a role in immune defense.   When of course this has been shown for many many years.  But let's let that slide.  Not a big deal.

It is the last line that irks me:  "These findings also provide a potential therapeutic model for other diseases that have been linked to changes in the human intestinal microbiota, such as obesity and diabetes."

Hmm.  Obesity and diabetes in humans have not been shown to be caused by changes in the microbiome.  And therefore it is inaccurate to imply that one could take the fecal transplant for C. difficile model (which is what this current work is about) and extended it to obesity and diabetes.  You could say he is careful with words here by saying "linked to" not "caused by" but I think the clear implication here is that he is promoting fecal transplants as a therapy for obesity and diabetes.  And he should be more careful (especially as Dean of the University of Maryland School of Medicine).  I beg of people out there.  Please please please.  Microbiome studies have enormous potential.  In so many areas.  But we risk turning microbiome work into the next medical snake oil if we are not careful with our words.

Doing another mini journal club here.  Just got notified of this paper through some automated Google Scholar searches: Gnotobiotic mouse model of phage–bacterial host dynamics in the human gut

The paper seems pretty fascinating at first glance. Basically they built on the Jeff Gordon germ free mouse model and introduced a defined set of cultured microbes that came from humans.  And then they stages a phage attack on the system and monitored the response of the community to the phage attack.


They (of course) also did a control - in this case with heat killed phage.  And they compared what happened to the live phage.  I love this concept as they are able to control the microbial community and then test dynamics of how specific phage affect that community inside a living host.  Very cool.

Just reading this paper and thought I would start a new "section" here on my blog.  Journal club light.  Just some notes and quick comments.

Today I am selecting this paper: Phylo SI: a new genome-wide approach for prokaryotic phylogeny.  It caught my eye because, well, I am interested in genome-wide phylogeny.

So I glanced at the paper's abstract:


The evolutionary history of all life forms is usually represented as a vertical tree-like process. In prokaryotes, however, the vertical signal is partly obscured by the massive influence of horizontal gene transfer (HGT). The HGT creates widespread discordance between evolutionary histories of different genes as genomes become mosaics of gene histories. Thus, the Tree of Life (TOL) has been questioned as an appropriate representation of the evolution of prokaryotes. Nevertheless a common hypothesis is that prokaryotic evolution is primarily tree-like, and a routine effort is made to place new isolates in their appropriate location in the TOL. Moreover, it appears desirable to exploit non–tree-like evolutionary processes for the task of microbial classification. In this work, we present a novel technique that builds on the straightforward observation that gene order conservation (‘synteny’) decreases in time as a result of gene mobility. This is particularly true in prokaryotes, mainly due to HGT. Using a ‘synteny index’ (SI) that measures the average synteny between a pair of genomes, we developed the phylogenetic reconstruction tool ‘Phylo SI’. Phylo SI offers several attractive properties such as easy bootstrapping, high sensitivity in cases where phylogenetic signal is weak and computational efficiency. Phylo SI was tested both on simulated data and on two bacterial data sets and compared with two well-established phylogenetic methods. Phylo SI is particularly efficient on short evolutionary distances where synteny footprints remain detectable, whereas the nucleotide substitution signal is too weak for reliable sequence-based phylogenetic reconstruction. The method is publicly available at http://research.haifa.ac.il/ssagi/software/PhyloSI.zip.

And something continued to catch my eye there.  It was the use of "gene order conservation" as the data for the phylogenetic analysis.  Hmm.  I am generally skeptical of most uses of gene order for inferring phylogeny that I have seen.  Why?  Well, because it seems to me that gene order is less likely to be a useful character than sequences in alignments (which is the standard for inferring phylogeny).  Why do I feel this way?  Well, for two main reasons:

Email ThisBlogThis!Share to TwitterShare to FacebookShare to Pinterest
Labels: phylogeny

Strange email of the week: "Publication Integrity and Ethics"

Just got this email that I have pasted below. This seems very very strange. Something is amiss here I think but not sure what. Anyone out there know anything about this?

Dear
You are invited to join the Publication Integrity and Ethics (herein referred to as PIE) as one of its founding members. PIE, a not-for profit organisation, offers free membershipto all interested individuals. Please join us and become part of this exciting new movement in the world of publishing ethics:http://www.integrity-ethics.com/register/member/ (for standard membership)http://www.integrity-ethics.com/register/editor-in-chief/ (for editor-in-chiefmembership)
As a founding member you will play a central role in shaping the organisation; you will benefit from the many and varied facilities the PIE organisation provides in the world of publishing and ethics. This includes its own guidelines and code of conduct for all membership categories, regular updates in the field, newsletters, e-learning with online exercises and access to our sub-committee’s database. The complaint’s section allows members and adherents to raise issues, regarding any possible breach in the code of ethics and integrity in the publishing sector. PIE provides advice and represents members and adherents freely; it aims to deal with complaints in an ethical manner and resolve them promptly.
As part of the commitment to being a member-led, UK-wide and world-wide organisation, PIE intends to identify regional leads to promote the society and ensure that it remains diffuse, responsive and reflects the publication integrity and ethics priorities across the UK and with a global outreach. Members are invited to take part in a shaping PIE by directly communicating with the PIE’s council and other members with regards to the many issues related to this field; they may issue specific guidelines which can be communicated with other national and international organisations.
PIE is able to recommend short online courses, online diplomas and advanced diplomas to its members; these are specifically related to the integrity and ethics in publication and research, law and medical ethics, research governance, strong ethical practice and management. The course title, description and link to the course registration are usually posted on the PIE’s website as a service to our members.
Our online member’s and adherent’s directory is a valuable asset and will allow communications and collaborations between authors, editors, publishers, scientists and a variety of academics in shaping and advancing  the world of publishing ethics in the service of humanity.
We welcome you to being part of the PIE family. Tim ReevesThe Publication Integrity & Ethics CouncilLondon, United Kingdom

Update 10 AM 11/26: Ivan Oransky at Retraction Watch has a post with information about PIE

Update 8 AM 11/27: Neuroskeptic has posted a detailed investigation of PIE.

Email ThisBlogThis!Share to TwitterShare to FacebookShare to Pinterest
Labels: GoldieBlox

Wow.  I just do not know even what to say here really.  My Facebook feed is filling up with discussion about this video "A Very Special Thanksgiving Special | It's Okay to be Smart" from PBS Digital Studios and I thought it would be important to share this with a wider audience.

Marie Curie is the only female scientist represented who says "It was very nice to be included". 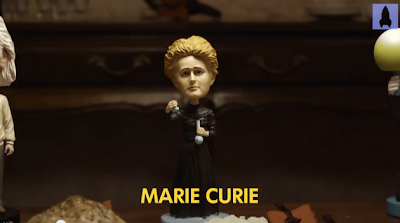 Later there is a scene of Einstein harassing Marie Curie. 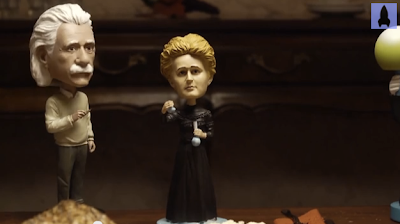 Well, this just leaves a bad taste in my mouth: Oral Bacteria Create a ‘Fingerprint’ in Your Mouth.  Basically, the researchers compared microbial diversity in the oral microbiome of people and they looked at how correlated the microbiome was with ethnicity.  And they published a PLOS One paper and wrote a press release about it.  And there are many lines in the PR and some in the paper I take issue with.  These include:


This is certainly a case of overselling the microbiome.  But it is also a case of just bad science in relation to the "nature vs. nurture" issues.

Email ThisBlogThis!Share to TwitterShare to FacebookShare to Pinterest
Labels: overselling the microbiome

Draft Outline of Workshop "Publish or perish? The future of academic publishing and careers" #UCDavis 2/13-2/14

Thanks to EVERYONE on Twitter and elsewhere who gave useful feedback on my request for ideas about a workshop we are planning to have at UC Davis.  For background see:

Over the last few days I have discussed the meeting with many many people and we have come up with a more detailed / revised draft of the whole meeting.  I thought I would share that here -- a formal announcement will be coming soon with details on registering and submitting abstracts for short talks and such.

Publish or Perish? The Future of Academic Publishing and Careers (tentative title ...)

Well, I post to Twitter a lot of links to stories of possible interest to readers of this blog.  If you want to keep up with all of this chatter and discussion from me and others, you should probably hang out on Twitter a bit.  But I know that is not for all.  So I am going to try to start posting some of the more relevant links here.