It is a gloomy day, at least for me, at #UCDavis today.

Yes it is raining and cloudy.  But that is not the gloomy part. I like rain and clouds and we don't get enough of either around here. The issue for me is the Symposium happening today in my building.  Run by the UC Davis Genome Center, which I am a part of.  What is the problem?

Well here is the flier 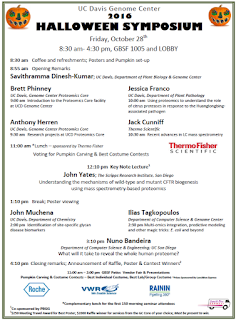 That is nine presenters.  Eight of which are men.

That comes to 11% female speakers.  Not a good ratio.  But you know this is just one sample right?  It could be a random anomaly, or something else. 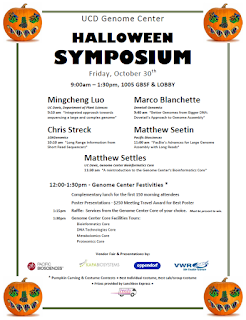 That is five speakers, all men.

OK so let's give it one more chance.  How about 2014.  See http://genomecenter.ucdavis.edu/2014/10/23/details-available-for-the-genome-center-halloween-symposium/ 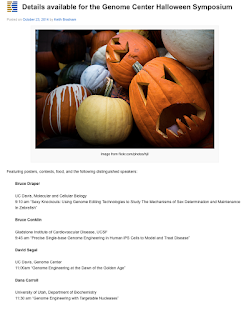 It is so frustrating to keep seeing this happening over and over in academia and science.  And to see it so close to home, well, it is really extraordinarily disappointing.

I sent the organizers which I think has some great examples of how to run a diverse meeting.

Below are some articles worth looking at on the topic.

I certainly feel partially responsible for this, because it is in my building and run by my Center.   Now I had nothing to do with this even, but still ...  I will do my best to make sure this does not happen ever again at the UC Davis Genome Center.  But I will not be attending this year's meeting.

I am so thankful to the whole community out there who gave answers to my request for suggestions for my 11 year old daughter who wants to learn to code.


Today we were both home sick and when she said she was bored she then asked if we could try some of the examples people suggested.  And we ended up playing around with Python at Codeacademy and she spent hours on it.  So much fun. See below:

Daughter & I both home sick - she is bored - so we reviewed this https://t.co/T0F15Bv8MH & today she is learning Python via @Codecademy
— Jonathan Eisen (@phylogenomics) October 17, 2016

I hope this email finds you well!

We have a client that's interested in you speaking at their Autoimmune Conference in New York on March 24, 2017.

Do you have a standard speaking fee/range that I can report back to my client?  If you're able to confirm your availability as well, that would be great!

The audience would be primarily physicians.

Your consideration is very much appreciated!

Sounded nice - getting paid to go to New York.  What could go wrong right?. Then I did some Googling to find out about the meeting.  Found it - the Interdisciplinary Autoimmune Summit: http://joinias.com. And, as I do for all meeting invites these days, I looked at their speaker line up.  For this years and previous years.  And well, I was not impressed. 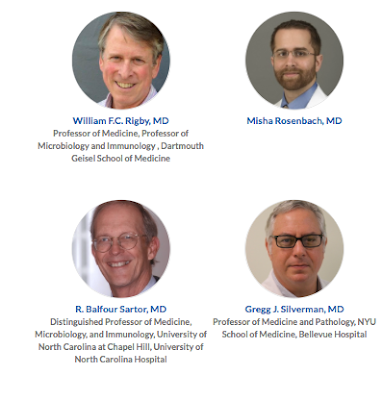 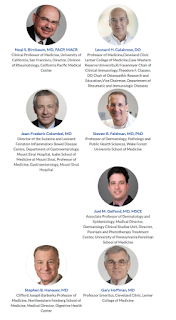 A lot of men.  Men men men and men. So I wrote back

Matt Hahn was at UC Davis giving a talk yesterday.

I did not have my laptop available so took notes with - gasp - a pen and paper.  I thought it was quite a nice talk so am posting my notes here.  More about Matt and his work can be found here: http://www.indiana.edu/~hahnlab/. 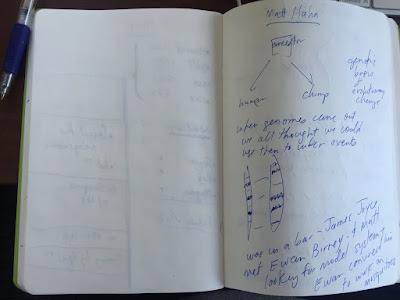 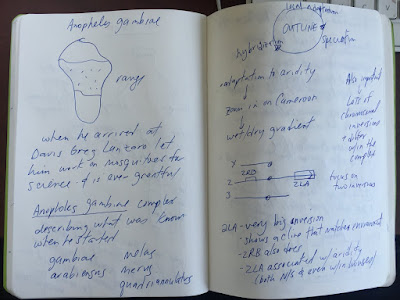 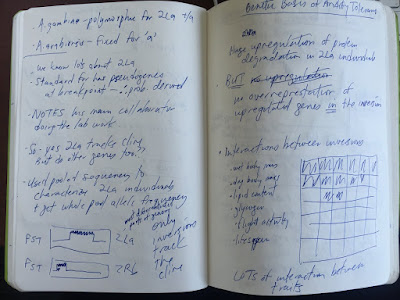 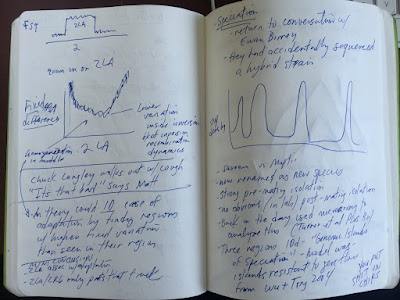 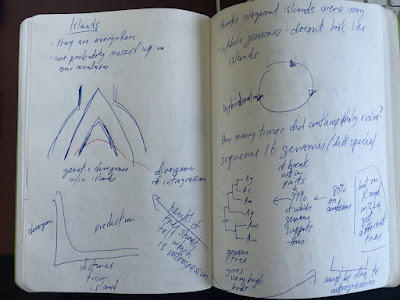 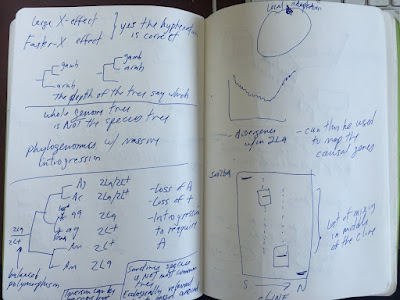 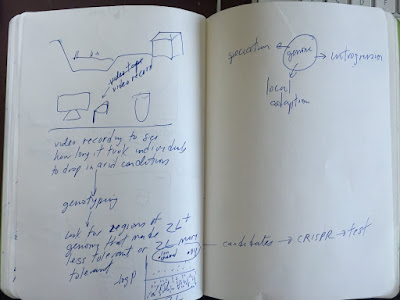 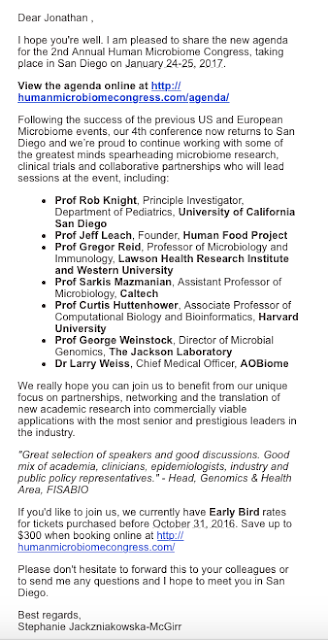 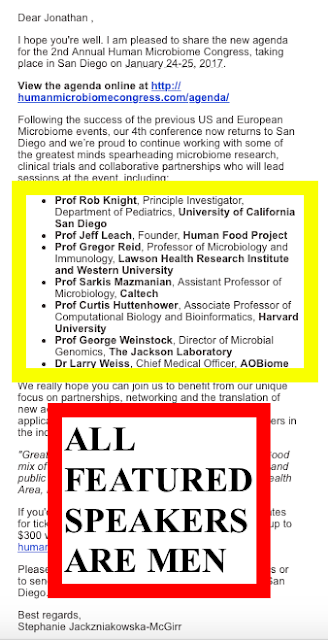 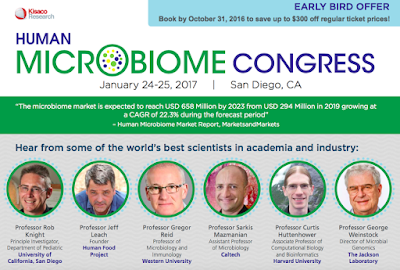 Well, Oxford Global has done it again.  They have found a way to be one of the most extremely gender biased conferences around.  Their 2016 Genome Editing Congress Speakers. Their web site lists 20 speakers, 19 of which are men.  (One of the men is listed twice - I am not sure if that is due to giving two talks or a mistake.  So this may be 19 speakers~ 95, 18 of which are men).  Regardless that comes to ~ 95% male speakers. 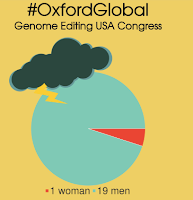 Sponsors of the meeting should be contacted about this: 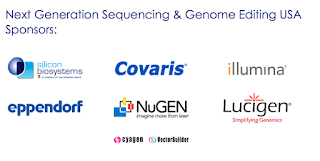 Really - we need as a community to stand up to these types of meetings.  Oxford Global meetings should be boycotted.  And the companies that sponsor their meetings are complicit in their gender bias. 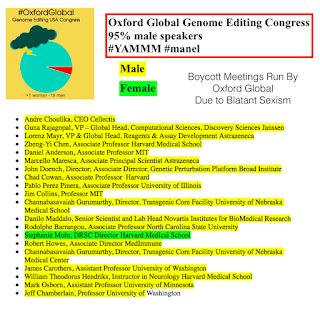 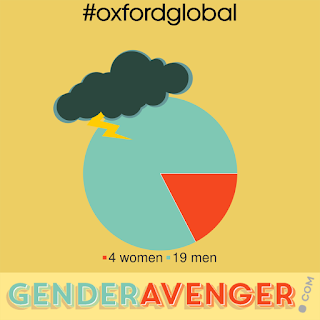 4 and 19 were counted at #oxfordglobal. Learn more at GenderAvenger Tally