Just got back from a brief visit to Sacramento (which is 15 minutes or so my where I live in Davis, CA). I had a mini 10 minute or so appearance on "Insight" a radio show on Capitol Public Radio.

My visit all started maybe a few weeks ago when I bumped into Lin Weaver in Davis.  Lin was showing some friends of hers around Davis and we chatted for a while on the sidewalk.  One of the topics was my recent fun giving a Tedmed talk.

Anyway - we chatted for 15-20 minutes or so and then I headed home.  And a few days later I got an email from Lin inviting me to be a guest on Insight.  Cool.  I love the show - and listen to it whenever I can.  So I said I had to check some details and then got back to her later and said "yes."

Lin and the folks at Capitol Public Radio then sent me some additional details and asked for some links to use for their website.

And this AM I headed on in to town.  I was asked to get to their studio at 9:45 AM.  Their studio is on the campus of Sacramento State and I headed on in early and got their at about 9:30.  Of course - I took some pics and posted some stuff to twitter ... 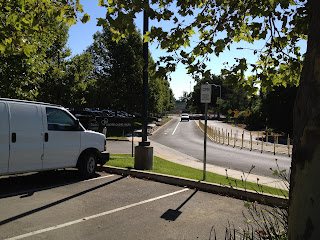 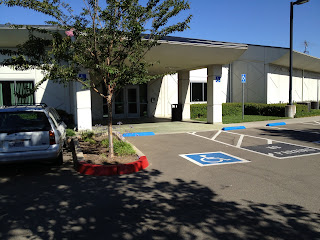 
Got a parking permit at the desk and then was led into the back of the building to
"The Green Room" and got a look at the studio: 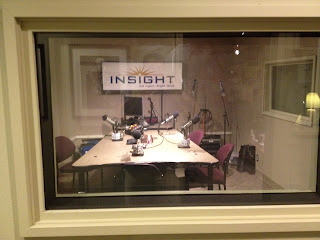 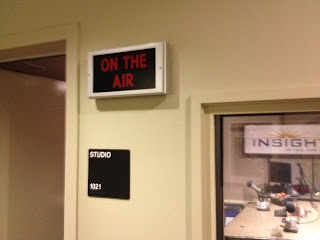 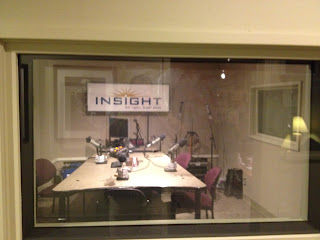 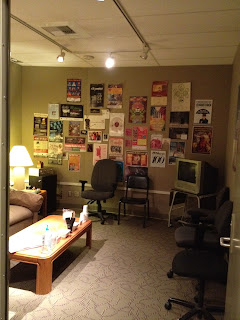 
I then relaxed in the Green room.  A few minutes before ten the host of insight Beth Ruyak came by.  She instantly made me relax about the interview (was not stressed per se, but somehow felt even more relaxed after the minute with her).  She told me I would be up second and then she left to get ready for the show.

I took some more pictures and posted a few more tweets 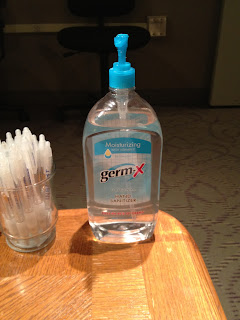 More detail on the Capitol Public Radio show I will be On this amcapradio.org/news/MShow?id=…
— Jonathan Eisen (@phylogenomics) July 9, 2012


I think my appearance on Capitol Public Radio will be aired live capradio.org/stream/listen-… - will discuss my @tedmed talk and related topics
— Jonathan Eisen (@phylogenomics) July 9, 2012

I continued to hang out in the Green Room and got to listen to the interview with the previous guest - Marcos Breton - a reporter for the Sacramento Bee who's stuff I actually know a little bit of since he covers baseball.

While listening to them chatting away on the air, I decided to add some microbes to the Insight guest book: 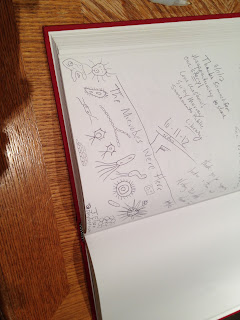 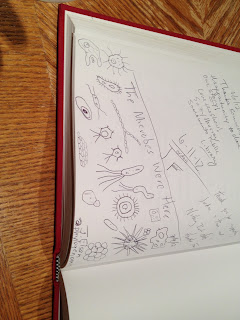 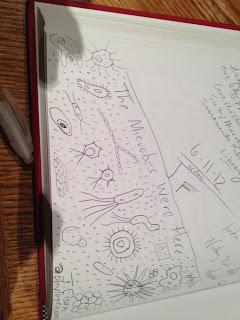 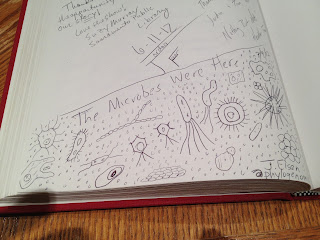 Microbes have made it into the Insight Book for Capitol Public Radio twitter.com/phylogenomics/…
— Jonathan Eisen (@phylogenomics) July 9, 2012


I have enhanced the microbe doodle in the Insight book as I wait to go on the air twitter.com/phylogenomics/…
— Jonathan Eisen (@phylogenomics) July 9, 2012


And then the assistant producer came out and told me it was almost time to go into the studio.  And then I was in.  Sat down and talked for 10 or so minutes with Ruyak.  We talked about diabetes, microbes, me, twitter, and more. And then it was over.

I took a few pics of the office on the way out: 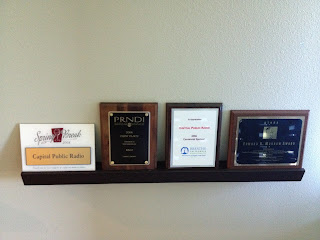 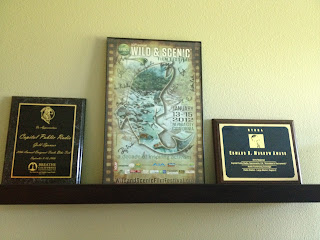 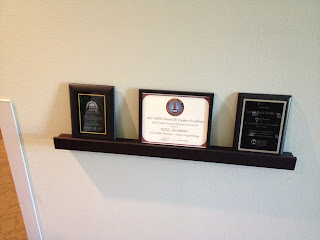 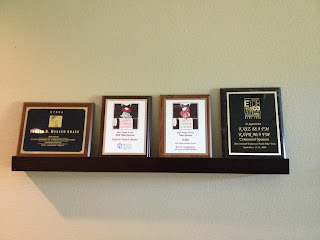 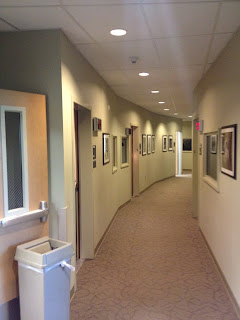 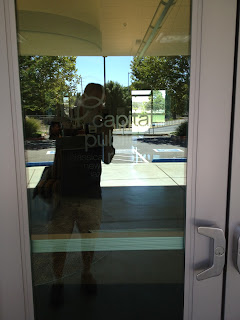 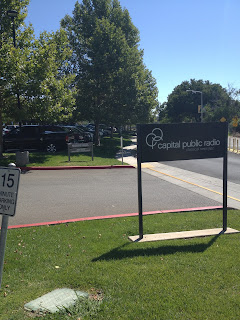 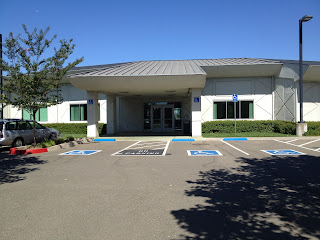 And that was it.

And it seems it is already on the web.


Some links of interest: