Why is the paper behind "The Pill Led to Increased Women's Wages" story free to .GOV but not others? 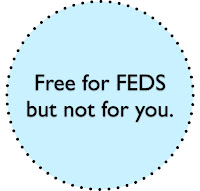 There is an interesting story going around the web.  An example of the coverage is here at the Huffington Post: Birth-Control Pill Helped Boost Women's Wages, New Study Shows.  As for all stories I read about new scientific findings, for this one I looked for the research paper or report behind the story.  The Huff. Post story seemed a bit strange in this regard reporting "Bailey and her colleagues report in a National Bureau of Economic Research working paper due to be published in July in the American Economic Journal: Applied Economics."  Weird - to be published in July.  Why report on it now?  So I sniffed around at other news stories about this topic and found one that said the working paper was published online.  So a little more sniffing (i.e., Googling) led me to the National Bureau of Economic Research (a private non profit entity).  And there, eventually, I found

The Opt-In Revolution? Contraception and the Gender Gap in Wages


When I tried to get the paper I discovered it was $5.  Not so bad.  I prefer of course, free and open publication.  Especially if the research and salaries of the authors were paid for by Government grants.  But I did not have the zeal to dig into the funding behind the work.  And 5$ really is not much money.  So I decided WTF - let's buy it. Alas, then I discovered that I could not just buy the paper but that I had to create a user account of some kind, and I stopped at that point.  Too complicated for a bit of a whim.  So much for buying the paper.

Then I saw further down on the page

You should expect a free download if you are a subscriber, a corporate associate of the NBER, a journalist, an employee of the U.S. federal government with a ".GOV" domain name, or a resident of nearly any developing country or transition economy.


Most of this makes sense to me except the .GOV part.  Why exactly do they make articles available for free to those who work for the US Federal Government but not for others, like, say, the taxpayers who pay for the US Federal Government?  Again, I get that publishers have to make a living somehow and I was even ready to pay for this article because the fee was low and it seemed interesting.  But I am a bit perplexed and annoyed that people that have a .GOV domain address get stuff for free.  This smells funny to me.  You can't even give pencils to some people working for the US Federal Government due to gift rules.  But apparently you can give away research papers that are not available to others.  What is the logic behind this?  Aargh.  Well.  Maybe I will download the paper when I within a .GOV domain.  But it will feel icky in some way.
- March 29, 2012