A day of almost pure joy in #DavisCA and at #UCDavis, until ... #OccupyUCDavis

Well, yesterday seemed to be such a good day at first.  In the AM my wife dropped my daughter off at her school (Birch Lane Elementary School famous for the scroll they sent the New York Times earlier in the year) and I stayed at home to watch my son (he does not have school on Friday's).  Normally I take my daughter to school by bike but today she wanted mommy to take her.

While watching my son, I had a conference call to "discuss" the education series for PLoS Biology.  I put discuss in quotes since I have laryngitis and could not really speak.  But Liza Gross signed on to gchat during the call and I sent her messages which she then read to the crowd.  While on the phone I posted a few things to twitter too (must multitask):


Then, after my wife got back, I opened up my new purchase that had come in the mail the day before: 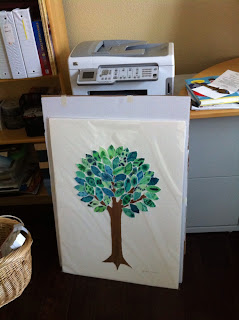 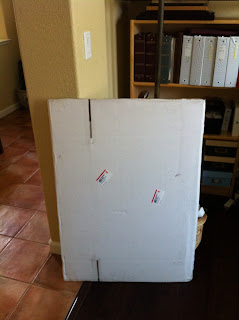 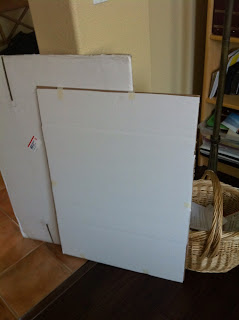 This is a "Tree of Life" collage by Michele Banks that I had purchased from her Etsy site.  Spectacularly gorgeous by the way.

After this,  we all headed off to my daughter's school for her class's "heritage festival." All the parent's were there and they had made various foods reflective of their kids heritage (my wife made alfajores - she is from Argentina).  Here are some pics from the classroom: 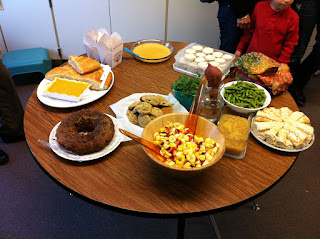 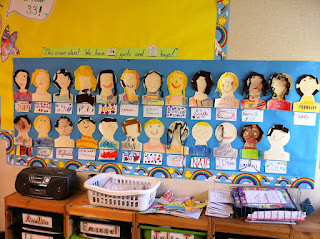 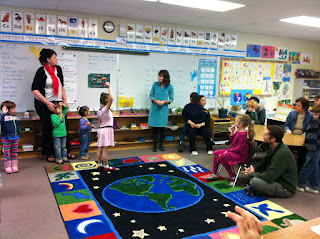 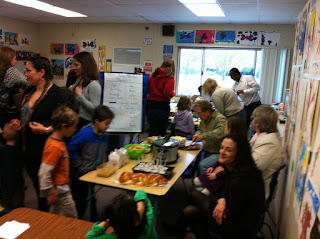 To kick off the event, the kids sang a bunch of songs including "This land is your land"

And when everyone sat down to eat, I headed off to UC Davis campus where I work. But first I stopped at "The Paint Chip" in Davis to get my new Tree of Life art framed.  I was not really sure what to do so I sent a twitter DM to Michele Banks the artist to ask for advice and she emailed me some suggestions.  And I had sent her my phone number and she ended up calling to give some additional suggestions (we had communicated a lot on twitter but never by phone - with my voice the way it was, I am sure my first impression on the phone to her was a bit unusual). 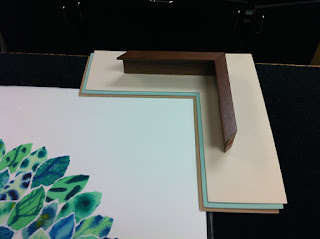 And then I headed in to work.  I got to my office that I have on "Main Campus" (where I go when I am teaching) and did a little bit of work (reviewing papers, sending email).  And then at 2 PM I had another conference call, this one about the UC Davis search for a Librarian (we were getting a presentation by the Education Advisory Board about a study they had done on libraries).  I called in on my cell phone, put in on mute (after introducing myself in a hoarse whisper) and started walking to the UC Davis Student Union area to get some tea.  I had about an hour to "kill" before I needed to go to see Brad Shaffer lecture for our Intro Bio class at 3PM.

This was the first of two lectures for the class.  The next was at 5.  In this lecture I posted to twitter some of the things Shaffer was saying and had an interesting discussion with various folks that continued into the night:
And while I was trying to engage in this discussion, I noticed some tweets from the outside world about the protests in the UC Davis Quad.  I reposted some of these
And then class ended and I rushed across the street to a meeting I had at the Student Union in the Coffee House about a project I am working on.  We had our meeting and while we were there we could hear and see some hints at a commotion going on outside in the Quad but I had put down my phone and it was unclear exactly what was going on.  Finally at 4:40 or so our meeting ended and I rushed out to the quad to see what was going on.  Not much sign of commotion there though I did hear some people discussion "police action."  Then I ran into some of the students from my class who told me the police had pepper sprayed the protestors and that there was some serious confrontation.  I took a few pictures before heading in to the next lecture for our intro bio class: 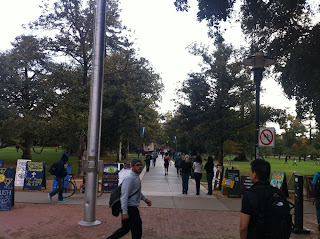 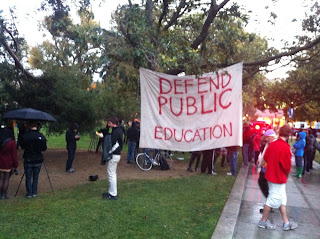 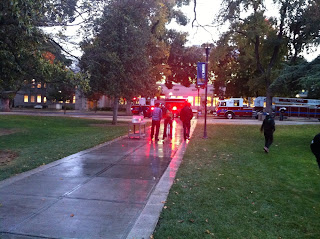 But I really had no clue what had happened.


I posted a little "ditty" about how happy I was with the Tree of Life poster I had received:
In class, I continued with the posting stuff to twitter (I really like to promote UC Davis to the world and this class was kind of fun ... so I kept posting away). 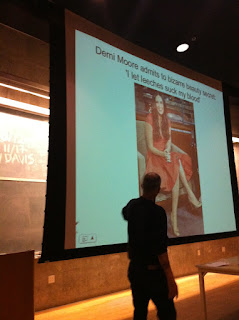 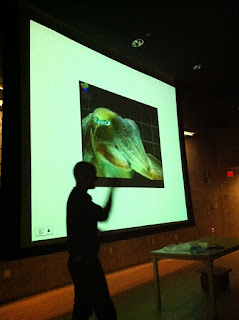 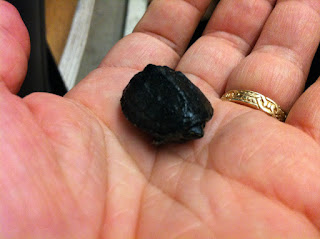 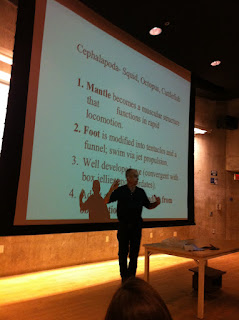 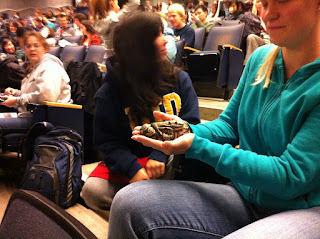 And I kept an eye on twitter and started to see more detail about the police-student interaction. I RTd some of these but did not get to look at details.


And then class ended and I rushed home.  It was then that I was able to see some of the photos and video of the interaction between the police and the students.  And to be honest, my day turned from one of nearly pure joy, into one of deep sadness, shock and dismay.  Here are some of the pics and vids from the scene:


Ugggh.  I don't really know what to say here.  I usually sympathize with police in some of the interactions with protestors because the police are frequently put in a really hard spot trying to maintain control, enforce laws, and deal with dangerous situations.  But this just seems from every way I look at it to be completely unacceptable.  UC Davis, a campus that takes pride in the "Principles of Community" has turned into this?  Students camping in the quad to express their opinions about a particular issue needed to be removed why?  And they needed to be pepper sprayed why?  I get that cities and campuses are freaked out about what to do with all these protestors camping in places.  But there must have been an alternative to this.  I am a bit tired now since I tossed and turned all night in regard to what happened yesterday.  I am very worried about my campus now - what happened yesterday is not a path I expected UC Davis to go down.  And I have no idea where it is going to go from here.