There is a new article in the Chronicle for Higher Education in which I am quoted: Social Networks for Academics Proliferate, Despite Some Scholars' Doubts

The article discusses many connected topics relating to the use of social media by scientists - though it does not make clear how everything is connected perhaps.  Anyway the author talked to me about Mendeley and various uses of Mendeley and I told her about an effort to create a Mendeley collection of my father's papers.  The article also discussed LinkedIn, Academia.Edu, Twitter and other social media systems.

Jonathan A. Eisen, a professor of medical microbiology and immunology at the University of California at Davis, used Mendeley to distribute the research papers that his father, Howard J. Eisen, a researcher at the National Institutes of Health, published before he died, in 1987. After struggling to free papers locked behind pay walls, Jonathan Eisen compiled the articles and posted nearly all of them on a Mendeley page he had created for his father.

Mr. Eisen, a self-described "obsessed open-access advocate," described the impact in a blog post last year: "Thanks to the social features of Mendeley, more and more people will see and have access to those papers, thus ensuring that they do not wallow in never-never land but continue to have some potential impact on science and society."

Perhaps most important from my point of view - I love the picture of me taken by Max Whittaker. 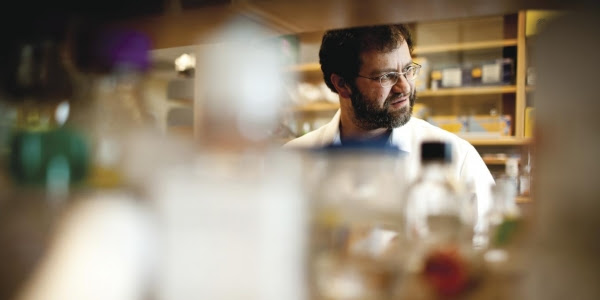