In February I wrote about how something smelled funny with the connection between "The Scholarly Kitchen" blog and the Heartland Institute: The Tree of Life: Something rotten in the Scholarly Kitchen? (Climate Change Denialism is Everywhere)

Well, though I thought the Heartland Institute was a bit extreme from the previous "work" it seems they have gone even more off the deep end recently with their ad campaign featuring Charles Manson Ted Kaczynski 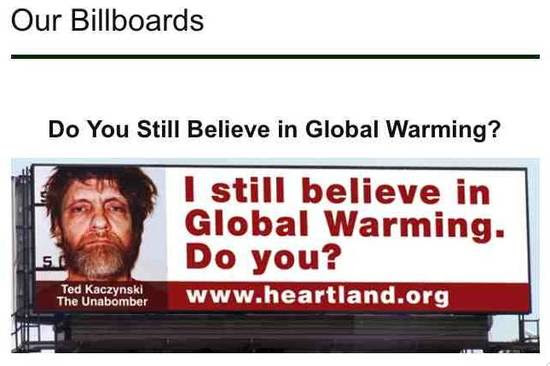 This least effort has led to an even further reduction in support for the folks at Heartland. See for example:

So - amazingly - as Heartland dips more and more into extremism - I have seen no sign from anyone at the Scholarly Kitchen of any concern that one of their co-bloggers - David Wojick - also happens to work for the Heartland Institute: 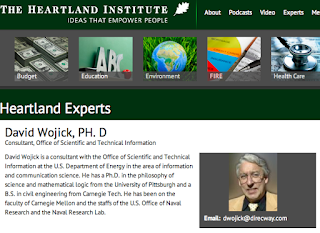 What does this say about TSK?  Not sure.  But it continues to smell funny to me.  Wojick is using his position at TSK to make him seem like an academic.  Heartland is using his seeming academic status to promote their ideas, which get more and more extreme by the day apparently.  As even very conservative groups disavow themselves of any affiliation with Heartland, pulling money, and other kinds of support, I still have yet to see any public comments from TSK folks about whether they think Wojick is using his role in their blog to indirectly promote extreme ideas ...
- May 09, 2012