Notes from talk by Stephen J. O'Brien at #UCDavis 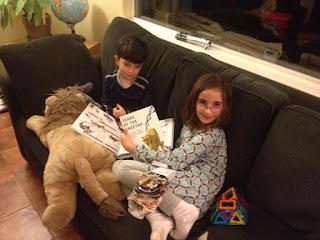 Stephen O' Brien talked at UC Davis a few days ago. I met with him in the afternoon before his talk. It was one of the more interesting discussions I have had in a long time. He has done some very interesting and important work (e.g., comparative genomics, HIV, feline evolution) though most of what we talked about was not work per se (e.g., we talked a lot about baseball and big cats since my kids are obsessed with big cats).

Anyway, below is a "Storification" of tweets from his talk. Best part - he signed a copy of his Tears of the Cheetah: The Genetic Secrets of Our Animal Ancestors

book with a dedication to my kids.