The Association of Computational Learning Only Invites Men to Speak at their Annual Meetings 2004-2015.

I have been pointed to a meeting series by a colleague.  The meeting is the "Conference on Learning Theory" brought to use by the The Association of Computational Learning. 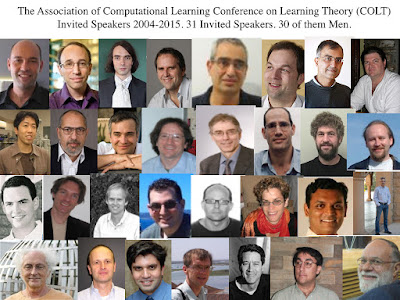 UPDATE 2:45 PM.  Note - I am not trying to target the speakers here.  They were not the ones who planned these meetings.  They were just the invited speakers who, over the years, happened to be almost all men.  It is the organizers of the meeting who need to be questioned about this ...  Some of these speakers may very well be dead against having a series with so few female speakers.

The list of Sponsors for their most recent meeting includes Google, Facebook, Microsoft and Yahoo.  Time to pressure those companies and the other sponsors to drop sponsorship for this organization and their meeting. 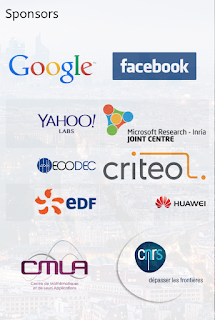 UPDATE #2 4:00 PM.  I have been told that there are active efforts underway by some members of the community to fix the underrepresentation of women as invited speakers in this meeting series. Stay tuned.
Here is the breakdown of speakers over the years.

Slideshow of Otters at the UC Davis Riparian Preserve

Made a slideshow of the otters I saw at the UC Davis Riparian Preserve yesterday. See