#YAMMM Alert: Drug Discovery and Therapy World Congress, a meeting made for @realDonaldTrump & other men

The gender bias at this meeting puts into perspective the push by the NIH to get drug researchers to inlcude more female subjects in their studies.  See for example, Why Are All the Lab Rats Boys? NIH Tells Drug Researchers to Stop Being Sexist Pigs.  Here is a thought, maybe we can get some of these speakers to cancel speaking at the meeting and also maybe we can get nobody to attent the meeting.  Sigh.  Yet another mostly male meeting.  Also known as "YAMMM".

Well, this is one of the strangest and lamest things I have seen associated with a conference in a while.  Elizabeth Bik just emailed me to show me an invite she received to the "Global Biotechnology Congress 2015."  And here is the bizarre thing.  It is at the same time as the Drug Discovery meeting discussed here.  Same place.  Same speakers.  It is apparently the same meeting with a new name. 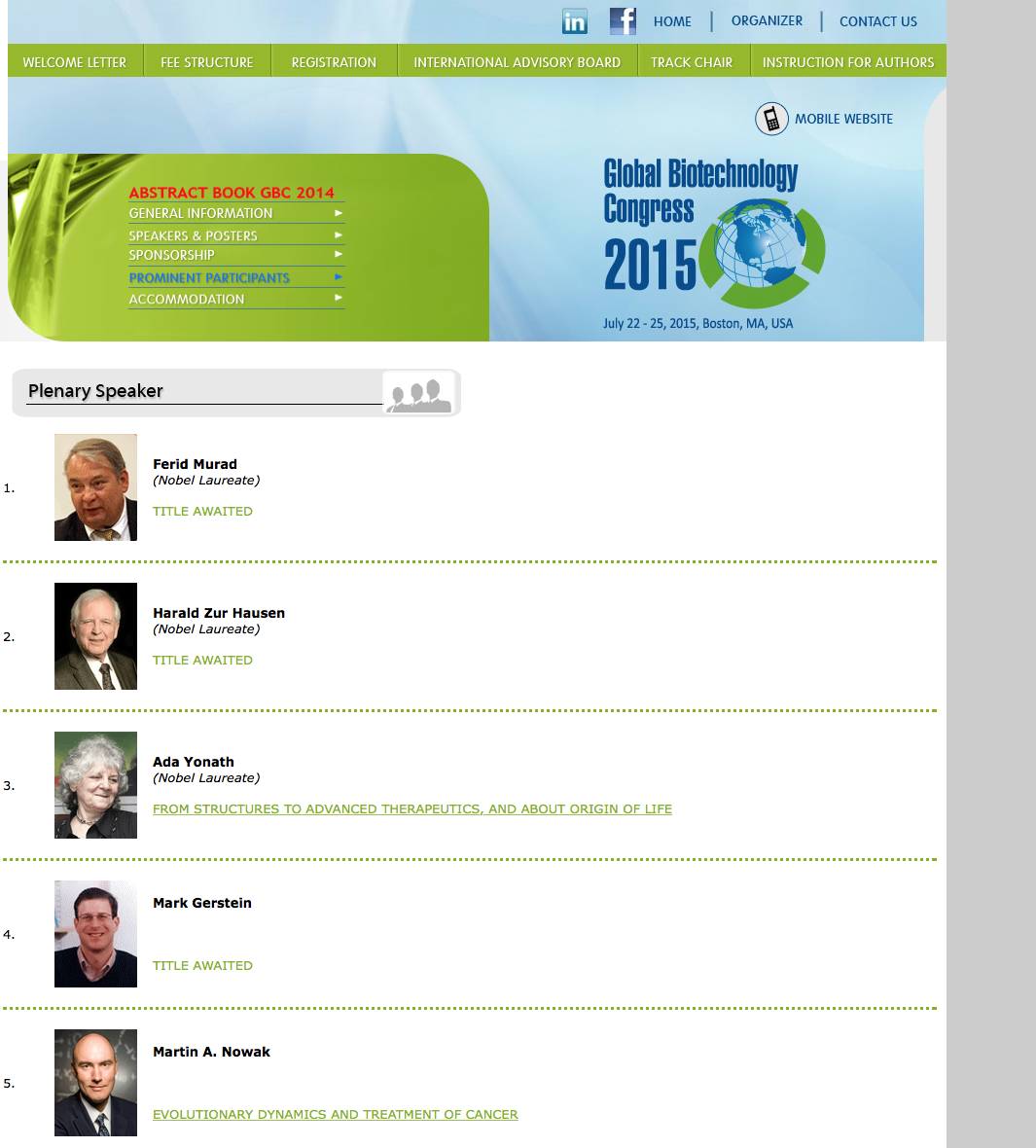 Did they do this to avoid people discovering my post about the awful gender ratio?  I don't know but seems like it might be so.  What a joke.  Well, I can guarantee people will associated this meeting name with the previous one.