My life changed a great deal in 1989 when Al Gore came to speak at Harvard for the Environmental Action Committee in which I was involved. In honor of his Nobel Peace Prize here are my notes from his talk which I had intended to write up for a Biology Department newsletter but never did. I never finished the notes but here is the start.


Senator Al Gore '69 spoke to Science A-30 class (as well as many others) in the end of November. His main focus was change in the global environment (i.e greenhouse effect, pollution, ozone depletion, deforestation, etc.) and what can and should be done about such issues. Senator Gore's interest in the environment, now almost a crusade, was sparked in a class he took at Harvard from Prof. Ravel. Gore suggested that the first step that we as a nation, and as a species, must take is to recognize that there is a problem. He referred to the classical biology example of the frog in a pot of water. If the temperature of the water is increased rapidly then the frog will be leaping at the opportunity to get out. However, if the temperature of the pot is increased gradually the frog may not sense anything, and will cook in its own innocence. According to Gore, today's society is prone to such a way of thinking. Society is least likely to recognize those changes in the environment that occur over long periods of time. It is like the Far Side cartoon in which a caveman asks his friend if the ice wall looks a bit closer today.

So, the first step is to recognize that changes are going on, and that they are more that just gradual, that they are completely new in quality and quantity. The main problem today as compared to two thousand years ago is that the changes are happening too fast. The population is increasing at a rate never seen before. Rapidly increasing levels of greenhouse gases may lead to changes in climate and temperature that will be too fast for many organisms to respond. Extinction rates, already higher than any time since the "great" dinosaur extinction, may increase even more as organisms get wiped out by the environmental changes. Ozone depletion over the antarctic may just be a warning of a decrease over the temperate and tropical areas. The subsequent increase in UV light levels at the surface of the earth could have catastrophic effects. Industrialists and many government officials suggest that "science" will be able to cure these problems in the future

This same type of graph can be shown for ozone depletion, deforestation, pollution, soil erosion, and species depletion. However, as long as their is a lack of consensus as to the amount of change, and to the degree that any of these changes will affect human's (especially those alive today), there will be little change in government policy. In essence, Gore says, we are doing what the frog did.

There are quite a few criticisms to Gore's approach. Technology, that wonderful thing that has brought us strip mining, and artificial hearts, may be able to, in the future, reverse some of those things we are doing now. So why limit growth, when we can clean up later. It's like when I was a kid, "But mom, I'll clean up after Tom and Jerry" knowing full well that I wouldn't and running the risk of getting attacked by one of the dust balls under my dresser. However, if I made a real mess, such as one that would stain something, I had to clean it up then and there. The problem is that everyone seems to think all of these processes that are taking place in the atmosphere are reversible when in fact they may not be. Species depletion clearly is not. And if the other processes are allowed to run amok, we will likely have one big mess on our hands.

I went up and talked to Gore afterwards and found him truly inspiring. It was this discussion that helped guide me to start a new Environmental Issues journal at Harvard and to do various other things for Earth Day 1990. Anyway, all I can say is congratulations to Al Gore, a Nobel Prize well deserved for someone who has been working to help our planet for at least 20 years. 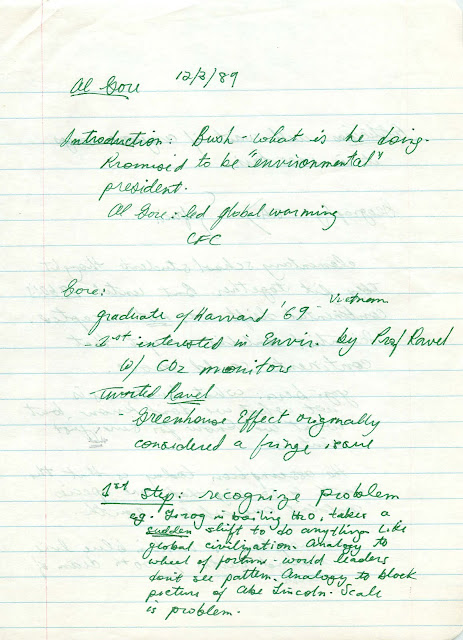 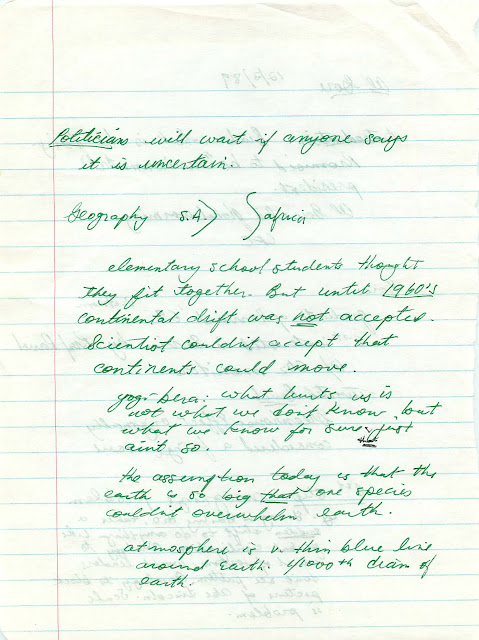 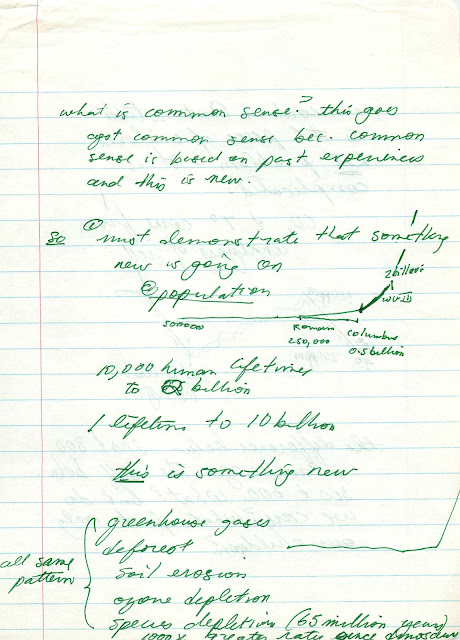 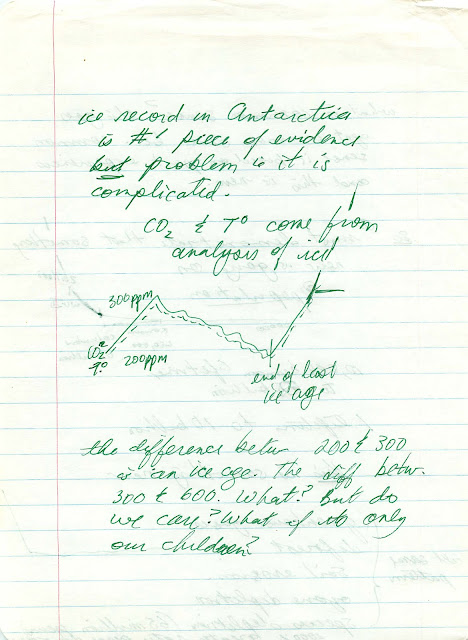 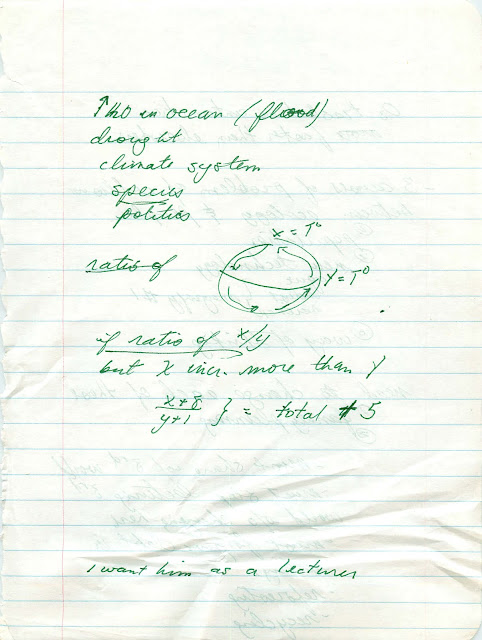 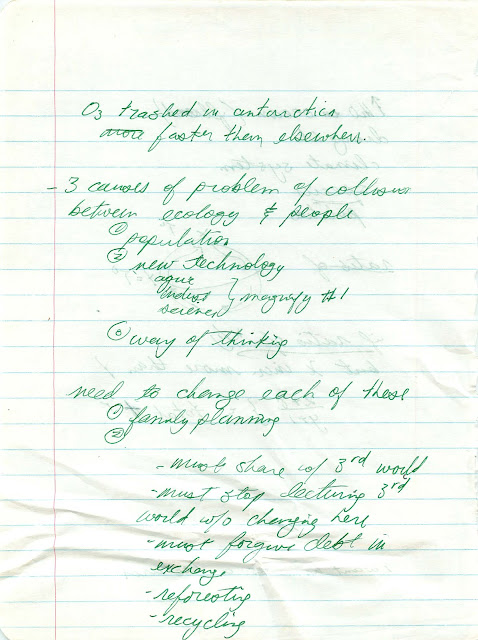 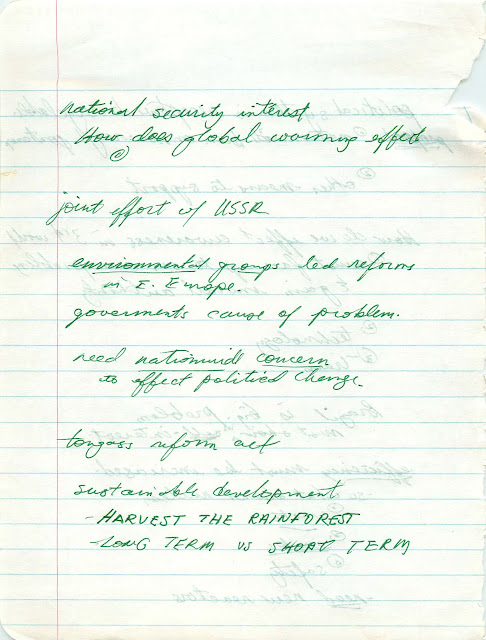 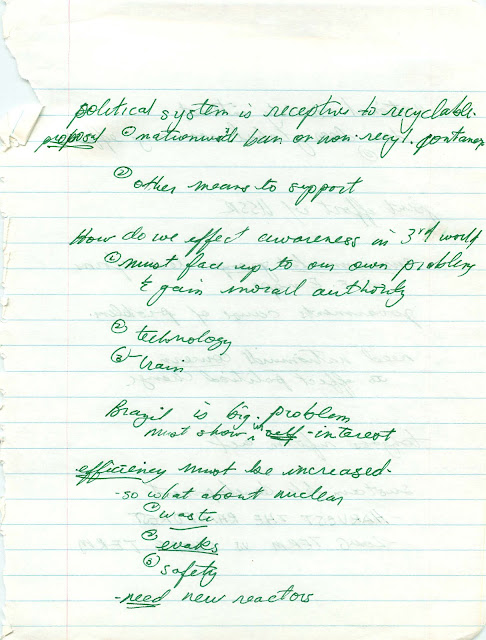 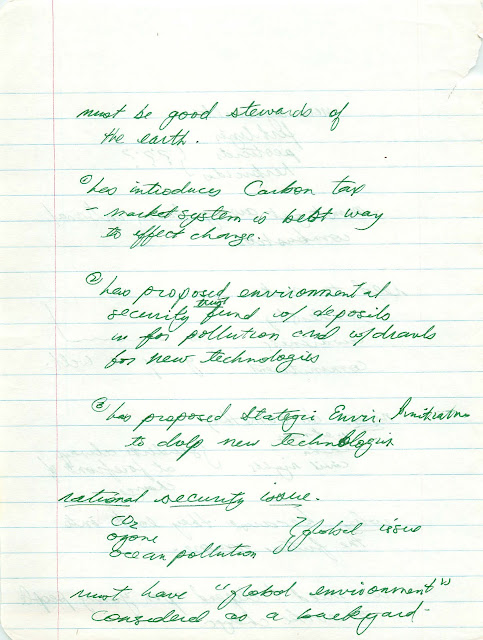 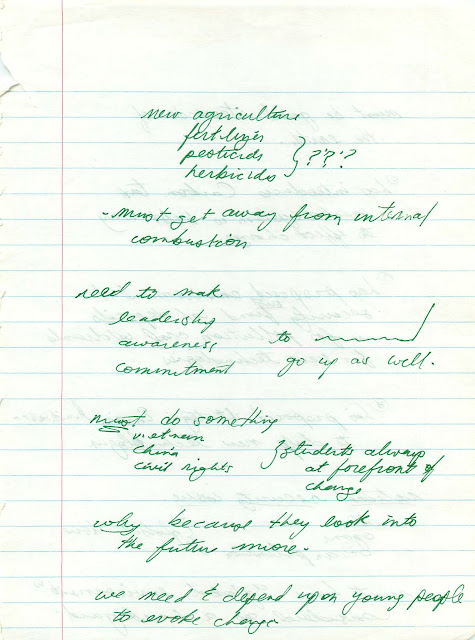