Well, just got back from Boston where I went to the BioIT World convention to pick up the "Benjamin Franklin Award" for contributions to Open Science from Bioinformatics.Org.  A quick round up of the trip:


Flew to Boston early Tuesday AM.  Only thing of note - during Layover in Chicago I saw a bookstore selling autographed versions of "The Immortal Life of Henrietta Lacks" by Rebecca Skloot. 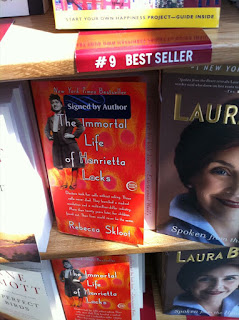 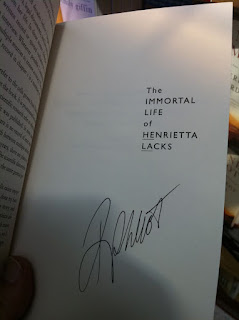 Dropped off my stuff at the Seaport Hotel - had a nice view from my room. 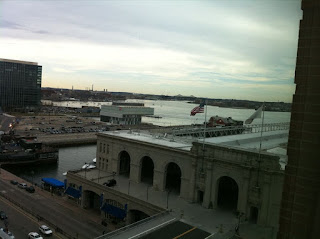 Called up my friend Ashlee Earl who currently works at the Broad and arranged to meet her at Kenmore Square in an hour.  I collaborated with Ashlee many years ago on analyzing her expression studies of the Deinococcus radiodurans genome and have been friends ever since. Took the T to Kenmore Square and met Ashlee and then went into this "Fenway Park" place to see a baseball game.  (I was born in Boston and am a Redsox fan ...) Had the best baseball seats ever - front row Green Monster Seats - which I had bought from Stubhub.com.  Watched the Sox lose while Ashlee and I discussed Genome Centers.  I note - to those in the Broad Public Affairs office, Ashlee makes the Broad sound like a great place to work.  I tried to get some dirt out of her but she did not provide much. 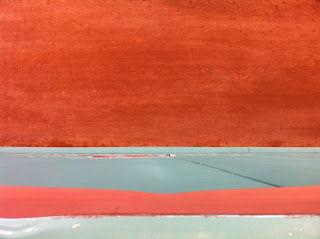 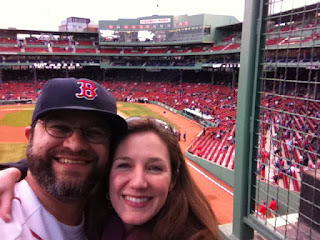 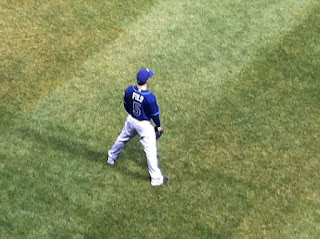 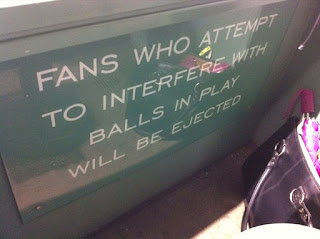 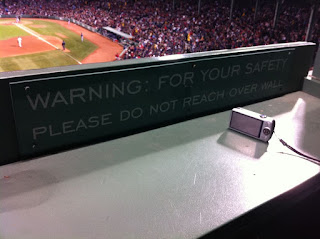 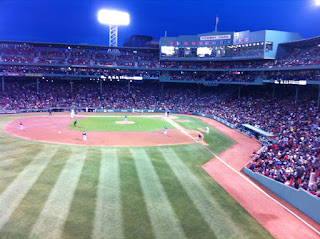 Took the T back to the hotel after the game. And went to sleep.  Got up very early to think about my "acceptance speech" for when I was to pick up my Ben Franklin Award.  I made some quick slides on my Ipad (this was the first time I have gone to a meeting w/o my laptop) and during the talk before the award ceremony I emailed them to one of the organizers and we got things set up.
Then I was Introduced and Jeff Bizzaro read a mini statement about why I won the award.  Something like what they put on the Bioinformatics.org web site:


Jonathan uses his high visibility in social media to advocate for open access by sharing links to discussions, mentioning open access articles and initiatives, and pushing for the opening up of popular closed access articles. This culture is shared with his students, who advocate for "open access" peer reviewing and created a peer-to-peer service for sharing bioinformatics material (articles, software and datasets). He is the academic editor in chief of PLoS Biology [1] and voices his opinions and support for open access publication and open data sharing on his "Tree of Life" blog [2]. In addition to just voicing his opinion, he also practices what he preaches, by refusing to publish in non-open access journals. With respect to bioinformatics, he has been involved with many software packages that are freely available, such as the recent AMPHORA [3] and PhyloOTU [4]. Lastly, Jonathan helped release a new open data sharing tool for scientists called BioTorrents [5]. This is just another step in encouraging all scientists to share their data and results more openly.

Then I gave my mini talk focusing on a brief history of how I got into Open Science.  Here are my slides

Note the awkward typo where I introduced the "Public Library of Science". Oops.  Anyway - talked for a few minutes.  While wearing my RedSox PLoS 1 shirt I note.


And then there was a break. They took some pictures during the break and eventually I wandered around to the booths. 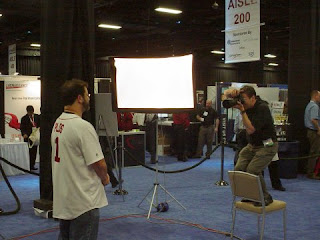 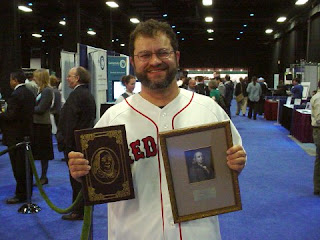 I saw Nat Pearson who now works for Knome and I went to lunch with him to discuss my "Exome" which Knome has sequenced.  I note, Nat was a student in a class I TAd at Stanford -- good to see how far he has come. 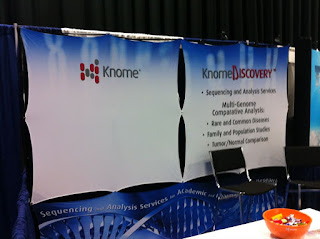 And then back to the meeting where I wandered around again for a while.  Saw an old friend from TIGR Xiaoying Lin who now works at Life Technologies and discussed the Ion Torrent with him. 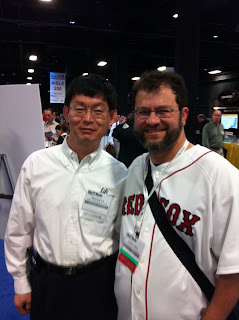 Was pleased to see a booth giving away free RedSox tickets as a prize. 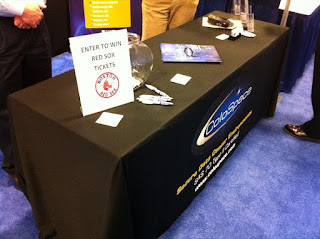 Then I headed out to Brookline for dinner with my Aunt and Uncle and cousin and eventually made my way back to the hotel where I had a few drinks.

The next day I got up a bit late, and eventually made my way to Logan Airport where the trip home was a disaster.  My outbound flight was late.  Missed my connection.  Then the flight I was on was held up for others to make their connection.  Though I did get a few hours in Denver Airport to wander around.  Got home after 1 AM ...  And finally made it home.
- April 17, 2011