OK I am now a bit blown away by twitter.
Last week I posted a tiny teeny itsy bitty entry on twitter:
"Peter Wainwright showed this crazy slingjaw wrasse video in our class at#UCDavis yesterday:http://tinyurl.com/ybqv429"
The video indeed is awesome:
And then a few others retweeted/commented on this.
Then Carl Zimmer blogged about it on "The Loom" in a post "The last thing the mosquitofish saw".
And that is really when the fish hit that fan.
On Tuesday, Tom Chivers at the Telegraph wrote about it "Weird feeding habits of the slingjaw wrasse" saying

"Almost 6,000 people have watched the YouTube footage of Epibulus insidiator, a strange predator found in tropical waters in the Pacific and Indian Oceans." 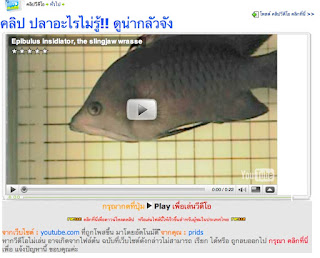 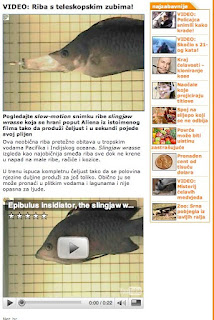 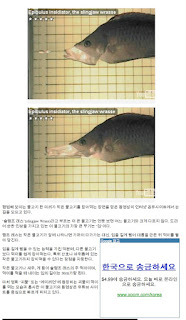 And here are some more links: