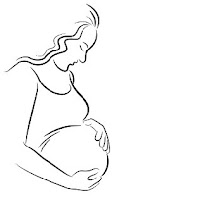 Well, sadly I just accidentally deleted a whole post about this and cannot find it. So this is going to be way shorter than I would have liked.

I found this opinion piece to be very interesting and a really good case study for discussing the microbiome: Opinion: A Mother’s Microbes | The Scientist Magazine

Why do I find it interesting?  Because I think the authors do a good job of showing how hard it is to make some decisions when the evidence is inconclusive.

Quibbles? Sure.  I like much of the approach of Gilbert and Knight but still find parts unconvincing and incomplete.  Some specifics are below:

It is unclear what the part near the end is that appears to be a quote from Rob Knight.  Not sure if this is a online formatting issue or what.  But in that section Knight writes "I seeded my newborn child with the vaginal microbes the baby would have received naturally had everything gone according to plan."  I have some quibbles with this as it seems possible that just doing an attempted seeding would not necessarily get the microbes that would have been received naturally

Finally, I have some more major quibbles with the last section.  On the one hand it it is good that they do discuss a risk that could come from VMS (exposure of the baby to pathogens from the mother).  However I think it would have been good in this discussion to also discuss other possible risks.  For example, it seems plausible that exposure to non pathogens from the mother could in fact do some harm (e.g., if one exposure the baby to the wrong non pathogenic organisms perhaps things could go wrong in terms of colonization).  In addition, it seems also plausible that by doing the sending, some parents and medical caregivers and others might be less vigilant at watching the infant for health issues assuming that the seeding made them healthy.  And I am sure there are others.

It would in fact be good to lay out the possible risks somewhere in more detail.  Why?  Because I think Gilbert and Knight are actually spot on with their final recommendation:

But based on the evidence to date that your child’s microbiome at birth is important and modifiable, we think that parents should make up their own minds how much evidence is enough given the evolutionarily sound logic and clear health advantages of vaginal birth over C-section.

And I am not just per se talking in the hypothetical.  If I could go back in time to when my daughter was born by a last minute C-section, I think I would have wanted to have done VMS.  And if I could go back in time to when our second child was born by a planned C-section, I definitely would have wanted to have been more aware of this issue and I think we would have seriously considered it.  I probably would have looked in more detail at the possible risks if I had the time but regardless, from what I know now, I think VMS is definitely worth considering in cases of C-sections if the mother's vaginal microbiome does not contain any known dangerous pathogens and if other risks can be considered and balanced.


Bonus: BMJ did make available an audio commentary about their Editorial. See below:
Made a Storify of some of the discussion around the topic

Some other questions of interest and or papers to look at