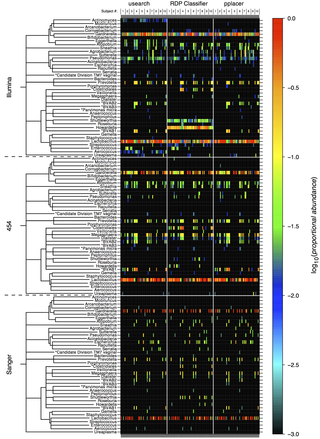 Just read over the following paper: PLoS ONE: The Cervical Microbiome over 7 Years and a Comparison of Methodologies for Its Characterization


But what struck me more than anything is that, well, they referred to the microbial community that they were sampling as the "cervical microbiome."  And though what they discuss here is fascinating in many ways, I am beginning to wonder if every site on the human body (or sites on other organisms) should have its own microbiome.    Or, another way of looking at this is - where do we draw the line between niches?  Is there a eyebrow microbiome?  A left elbow microbiome?  A testicle microbiome?  Certainly, I view the microbes that live in and on people as part of an ecosystem.  But I think just as biomes in the world around us should be defined by - well - something bigger than just GPS coordinates - so too microbiomes should probably be a bit bigger than just the microbes found in a particular body site.  Starting to wonder if we are going to see a proliferation of microbiomes just as we have seen a proliferation of OMIC words.  Ooh --- this could give me something new to give an award for.
at August 01, 2012