I have been interested in RecA and related proteins for many many years.  In particular I have been interested in structural and functional evolution of RecA and its relatives.  This all started when for my second scientific paper I helped a post doc in the lab where I was doing my PhD do some structure-function-evolution studies (with a little help from Chris Lee, then in Mike Levitt's lab, and my brother, then in Don Wiley's lab).

For my first talk at a scientific meeting I discussed using RecA as a marker for phylogenetic studies (and had a slide where I had text saying RecA was cool).  Over the years I have continued to try and study RecA or at least use it for studying microbial diversity in some way.  See for example
Anyway - in this context I was excited to see a new paper on RecA-structure-function-evolution studies: PLoS Genetics: Separation of Recombination and SOS Response in Escherichia coli RecA Suggests LexA Interaction Sites from Olivier Lichtarge and others.  In the paper they use Lichtarge's Evolutionary Trace method to study RecA.

The paper is worth a look and if you are interested in structure-function-evolution types of studies and need a good protein to work on, I would suggest you look at RecA and its relatives ... They are Cool. 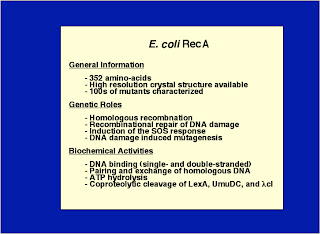 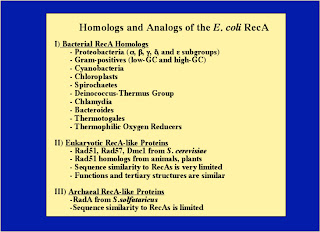 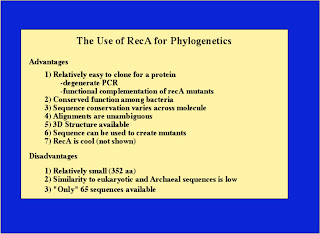 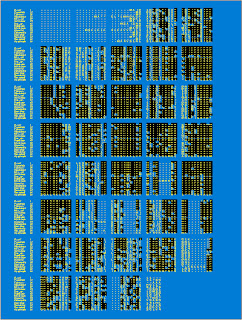 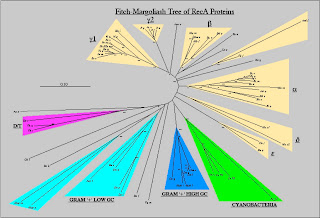 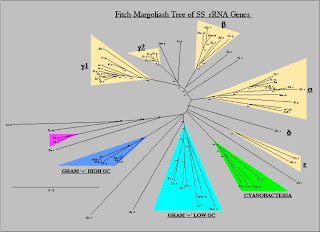 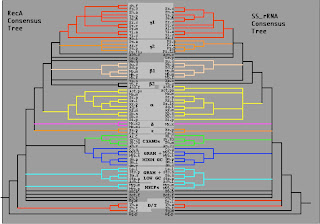 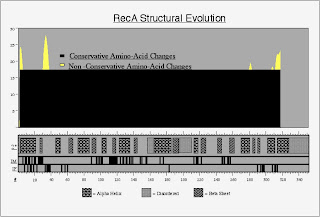 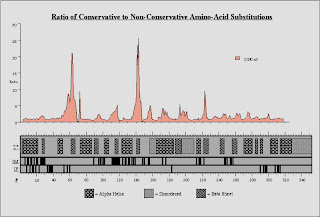 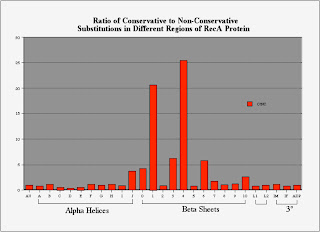 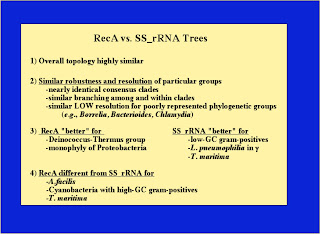 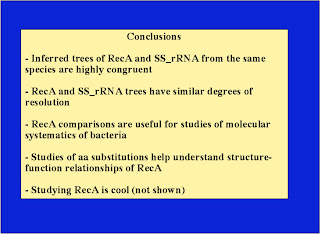 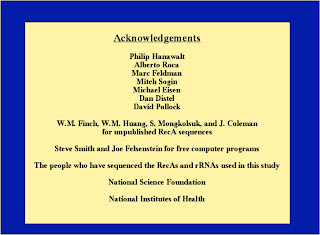